Over the past month we have conducted some targeted monitoring of the bottom end of 40m.

There are many stations that appear to be pirates using USB in the CW section and speaking Indonesian.

They are audible in northern VK once we have propagation in the late afternoon.  Colleagues in Darwin tell us that the stations are very strong all day.

VK6 amateurs report that the CW/data portion of the band is badly affected from dusk until late evening.   The stations are also audible in southern VK in the evening.

These 40m pirates have been causing harmful interference for many years, and yet nothing appears to have been done – they are as prevalent as ever.

We have sent a report to the Region 3 IARU IW coordinator and have asked him:

We have received a reply from the IARU R3 IW coordinator.  He advises that the problem is well known and that the Indonesian authorities have not acted despite numerous complaints.

We are looking at further options, including filing a formal interference report with ACMA and possibly asking them to lodge a complaint with their Indonesian opposite numbers.

Intruder watch – it can work

As discussed previously, the IW system can work if amateurs are proactive.  A report in 2015 of an Australian Government intruder in primary amateur spectrum was followed up directly with the ACMA, and the intruder was moved.

Recently, the local 70cm repeater in Albany WA suffered interference from a ship in port.

Merchant ships often use UHF portable radios for berthing/unberthing and cargo operations.  Unfortunately, the UHF radios on the ship in question just happened to be on the repeater input frequency….

Local amateurs contacted the port control, who instructed the ship to change channel, and the problem was resolved.

Well done to all involved – this is a great example of amateurs solving interference problems by direct action.

Obviously, the chances of a ship being on the repeater input frequency were very remote.  However, the ship was operating illegally, as although amateurs are secondary in the 70cm band, marine services are not permitted.

This whole problem is a consequence of the generally very poor regulatory oversight of ships these days.

There is no need for ships to use 70cm, as the ITU has allocated six UHF channels specifically for intra-ship comms – these are:

The first three can be used in conjunction with the last three for repeater operation if desired (i.e. a 10 MHz split). 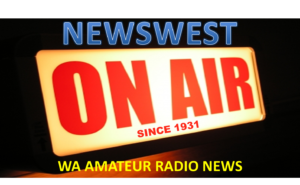